Let's check it up how the Truck trip thru Swissland by Trucker's point of view looks like. Those photos are taken before winter came to the Swiss Alps. The Connection between Northern Italy and Sou

When refueling at a gas station, I noticed a large selection of maps for drivers. They all represent the same area in a different way.

By truck around European airports

Freight transport between airports 1000 km apart in Europe is an intercontinental supply chain.

I picked up the container at the intermodal terminal in Luxembourg which came by rail from France. The same container previously arrived from Spain, it came to Spain from Morocco, and to Morocco fr

The power of online mobile check-in has started!

We have to understand that the digital review system in mobile and web improves check-in service. The rules are clear and accessible from the mobile web app.

Future Check in - No PIN required

While working as an international truck driver in the European Union, I visited many countries, 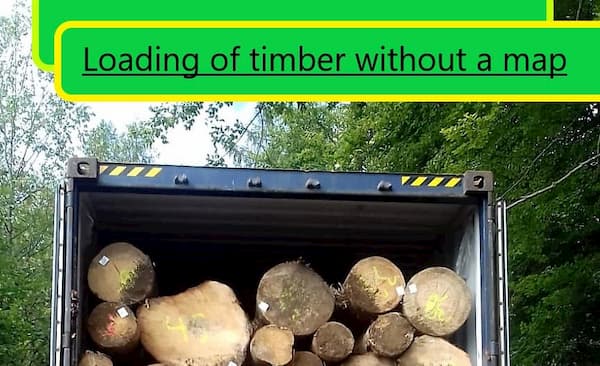 When refueling at a gas station, I noticed a large selection of maps for drivers. They all represent the same area in a different way.

Gas station customers have a large selection of maps, you can choose from the colors of covers, thickness of maps and atlases, price, quality of paper and even additional integration of the paper map with the application. In Europe, depending on the country you are in, you can buy maps in several languages. Every truck driver and freight forwarder has experienced a situation in which the electronic map on the navigation, computer, laptop or mobile phone stopped working for some reasons, in this situation everyone is looking for a printed map. What is the difference between maps and what, apart from the price, can be a factor in choosing a map? The answer is simple - map readability. While drinking coffee at a gas station, I asked the seller a question - which map is the best? I immediately added that I am not asking about the price, but about quality. The seller suggested that it is best to put all the maps next to each other and check one location. I quickly thought about the location through which I often traveled especially to have a visual spatial image and chose the city of Munich in Germany because almost every time I went to Italy I was standing in traffic jams on the bypass that has been under construction for a long time.

EVERY MAP IS DIFFERENT

You can find many kinds of maps on the internet. The most popular are Google Maps, Bing Maps, Baidu Maps, Openstreetmap , Mapbox, Mapquest. Each of the maps listed has a different advantage, some of them show POI email addresses and some URLs. The most important options are satellite and aerial view from 4 angles.

It happened several times that I got a transport order to load wood in France near the Swiss border. I knew I couldn't rely on car navigation, so I drove to a local gas station and asked for a local map with pedestrian paths marked. Thanks to the map with marked forest paths, I found it almost without any problems. I will not forget to load a pine tree in a nature park in central Germany. I have never seen pine trees so tall in my life. Loading took place at the edge of the road which was located at the corner of the mountain. I got the order unexpectedly and I was not prepared to drive through the wilderness of forests, so I did not have time to buy a local road map, but I managed to get there, I was only 6 hours late :- D yes yes 6 hours ... I also remember the loading with a smile on my face in the French-speaking part of Belgium, I recall through the prism of prohibition signs: a ban on 12 tons and a bridge with a restriction of 30 tons.